Earlier today I came across some excellent teaching at Cathy’s Peacemakers Blog (http://giannina.wordpress.com/) which I’d like to share here. It’s in the form of a 14-minute video put together by Bill White, her husband, whose own website (http://soulrefuge.org/) I have found to be most excellent. Here’s the source for the teaching I’d like to point to. Following this video, I’d like to highlight some of Bill’s excellent points:

0:10 mark – The term “synagogue of Satan” is used twice in the book of Revelation (2:9 and 3:9), both times spoken by Jesus Himself “to describe a group of people who claim to be Jews but they were not.” [If interested, we covered both of these passages in our study of Revelation, here and here, expressing the opinion that these were references to unbelieving Jews who were the chief persecutors of the Church prior to 70 AD.]

2:45 – Today the Lord is also very well aware of who in any church congregation are genuine believers and who are fake.

3:00 – Jesus came to His own (the Jewish people), but they did not receive Him (John 1:11). Yet all who receive Him and believe on His name are given the power to become the sons of God (John 1:12). Most Jews, like most Gentiles, reject Christ.

3:52 – The modern and popular teaching that the Church is God’s second choice, that the Kingdom is postponed, and that the Church is a mere parenthesis in God’s plan is hogwash and dispensational heresy. The majority of the Jewish people who claim to know God have no blood atonement. There’s no temple, no tabernacle, no blood sacrifices, and therefore they are missing the blood atonement which is necessary for sins to be forgiven. The exception, of course, are those Jews who do believe in Jesus and His finished work on the cross.

4:32 – Don’t buy the teaching that ethnic Israel is God’s chosen people. “The term ‘chosen’ is never used to describe the Jewish people outside of Christ in the New Covenant… The term is only used in relation to those who believe in Jesus Christ.”

5:10 – John the Baptist told the Jews of his day that they could not automatically make any claim that Abraham was their father (Matthew 3:9), for God could even raise up children for Abraham from stones. The Abrahamic covenant is indeed everlasting, but it’s only everlasting in Jesus Christ. No one, not even Jews, can say they are a part of the Abrahamic covenant in any way if they reject Christ. To reject Christ is to reject “the whole package.”

6:05 – The “synagogue of Satan” was Jewish by nature, but God’s Word was not abiding in them. John was not impressed with their Jewish heritage, as many are today in the Church world.

7:15 – The Old Testament Scriptures testify of Jesus (e.g. John 5:39-40), but the majority of the Jewish people, according to Jesus, would not come to Him in order to have life.

9:15 – Jesus told the unbelieving Jews of His day that they were of their father the devil (John 8:44). Elsewhere, He referred to them as vipers/snakes, just as John the Baptist had done.

11:02 – Abraham was promised to be the heir of the world. This was not limited to physical Israel (Romans 4:13). Christ is the promised Seed of Abraham, and “only true believers in Jesus Christ [are] counted as the true seed (descendants) of Abraham (Galatians 3:29).” In contradiction to these truths, John Hagee has taught that “Jewish people have a relationship with God through the Law of God…as given through Moses.” In other words, says Hagee, as long as they live in light of the Torah, they are in covenant with God. Yet the Bible makes it clear that all unbelievers, Jew or Gentile, have a covenant with death and the wrath of God abides on them (e.g. Mark 16:15-16, John 3:18, John 3:36, John 8:24).

All posts on the subject of Christian Zionism can be found here.

3 thoughts on “The Synagogue of Satan Revealed (Good Teaching)” 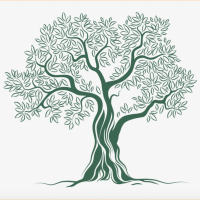